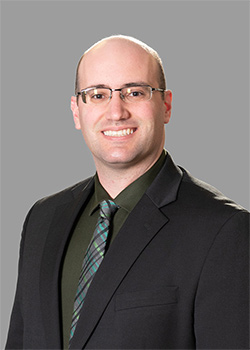 “A JOURNEY OF SCHOLARSHIP: ADVANCING RESEARCH THROUGH KNOWLEDGE AND ASSOCIATION”

Dr. Thomas Lynch is a Senior Scientist I at the biopharmaceutical company, AbbVie, in North Chicago, Illinois. Dr. Lynch earned his PhD in Molecular Pharmacology and Therapeutics from Loyola University Chicago in 2016. His graduate research focused on cardiovascular physiology, in vivo genetic models of hypertrophic and dilated cardiomyopathy, and cardiac muscle mechanics experimentation. Dr. Lynch then conducted a one-year specialized postdoctoral fellowship at the University of Wisconsin-Madison to further develop his knowledge and skills in muscle mechanics experimentation as it related to heart disease. Afterwards, he took a role as a Research Fellow at Loyola University Chicago investigating mesenchymal stem cell-derived exosomal miRNA as a therapy for the treatment of heart attack. In January 2019, Dr. Lynch joined as a Postdoctoral Fellow at AbbVie in the Drug Metabolism and Pharmacokinetics – Bioanalysis department performing studies to support the development of antibody drug conjugate, PROTAC and small molecule therapies for cancer. In January 2020, he transitioned into his present role as a Senior Scientist I in the Drug Metabolism and Disposition group at AbbVie in which he performs metabolite identification studies using mass spectrometry to support the preclinical and clinical development of AbbVie’s small molecule therapies. Currently, Dr. Lynch attends the University of Illinois Urbana-Champaign online where he is slated to complete his MBA in May 2023 with concentrations in Global Challenges in Business and Entrepreneurship and Strategic Innovation.

Dr. Lynch has published several lead author primary research articles in various scientific journals including JMCC, AJP Heart, Cardiovascular Research, Science Translational Medicine, JACC, JAHA, among others. Scientific research and discovery remain one of his life passions as well as assisting undergraduate and graduate students and postdocs with their transition into the next stage of their careers having served as an industry career panelist at Loyola University Chicago, UIC, Northwestern University, and at the hardtech and manufacturing innovation center, mHub, in Chicago.

Dr. Lynch is native to the Chicago-land suburbs and received his Bachelor of Science in Biology in 2011 from Lewis University, where he performed undergraduate research under the mentorship of Dr. Jerry Kavouras studying coliform bacteria at local recreational sites. During his time at Lewis, Dr. Lynch was an active member of the community serving as an Orientation Group Leader for Lewis’ Student Orientation Advising and Registration (SOAR) program for two summers and attended Koinonia. He was also a student worker in the Office of the Provost for all four years that he attended Lewis and participated in the Beta Beta Beta Biology Honor Society. Dr. Lynch received several honors at Lewis, including selection onto the Dean’s List for 8 semesters, a Senior Award in the College of Arts & Sciences, and the invitation to give the Student Lasallian Speaker address at Lewis’ Spring 2011 Commencement.